The 3 Major Risks Of Skipping Retros

Ahhh….the New Year. You can practically smell the eagerness and enthusiasm of resolutions in the air. It’s time to start fresh, set some personal and professional goals, and give them the old college try until…ah…around January 10th or so. What happens around January 10th? Excuses. Excuses. Excuses. They start creeping into your well-meaning intentions, effectively destroying any progress thus far. “I’m too tired to hit the gym today.” “I’ll start saving for retirement with the next pay check.” And, with your Team, “We’ll do a Retro after the next Sprint when we have more time.”

With all excuses, unfortunately, come consequences that can be somewhat detrimental to your well-being. Maybe it’s holding onto those extra holiday pounds well into shorts season or realizing that non-existent nest egg means you’ll be punching a time clock for a long, long time. And, what about your Team? The consequences of putting off regular Retrospectives can be just as damaging to your Team’s well-being too. In fact, it’s downright risky.

Before you or your Team Members start making more excuses about not having a Retros, take heed of these risks. 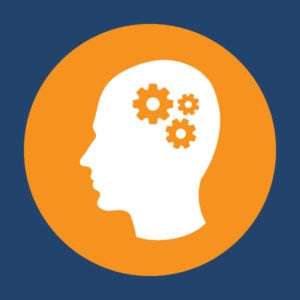 By definition, Retrospectives are a time reserved for Team reflection; on what went well during the last Sprint and, more critically, what didn’t and how the Team can tune and adjust their behavior to deliver greater business value. We all know that there is really no such thing as a Sprint that goes off without a hitch, where there is no room for betterment. Without safeguarding that reflective time, Teams trudge along into the next Sprint, demonstrating the same behaviors as the last Sprint. As before, the same problems (and perhaps some new ones) emerge, with no corrective action occurring.

What was that quote again, the one frequently attributed to Albert Einstein? “Insanity is doing the same thing over and over again and expecting different results.” Hmmm… sounds like the Team’s sanity might be at risk.

Risk #2: Your Team’s Sense of Empowerment

The beauty of the Retrospective, what makes this Agile ceremony so beneficial to a Team, is its Team-centric focus. The Team is inspecting their work and adapting their behaviors. Any changes to process are not determined from the top down; rather they are organically driven by the Team itself. Very potent stuff with a bonus. When the Team, rather than management, is the force of change, the Team takes ownership and is much more likely to actually do the change. That’s self-management at its finest. Without the Retrospective, the Team is being robbed of its awesome power. And that’s just wrong.

There’s something a little raw about a Retrospective. While this ‘rawness’ may be at times uncomfortable for the Team, tapping into it and the truths that surround it is what makes the Retrospective so effective. The Retrospective puts the Team’s cards on the table; to openly discuss the good, the bad and the ugly of the last Sprint. If done openly and regularly, this process builds greater transparency. Greater transparency breeds greater trust. As the Dalai Lama once said, “A lack of transparency results in distrust and a deep sense of insecurity.” And no one wants that for their Team.

Don’t put your Team at risk. Let this be the New Year of the No Excuses Retrospective.

If you’re looking for ways to get greater value from your Retrospectives,
we’ve got coaching for that.