Very often, Teams short-change themselves by not recognizing and applying two simple forms of feedback to get the most out of the Sprint Review.[1]

Make The Outcome Of The Sprint Review Worthwhile 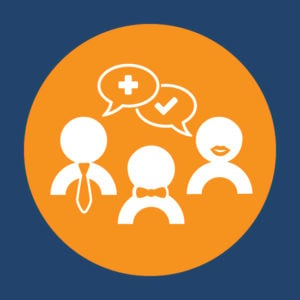 Before we start, let’s review the Sprint Review itself. The Sprint is not just about producing new code, documentation, or just any sort of artifact.The Sprint should also result in something the Product Owner[3] and the rest of the Scrum Team[3] can actually use to make informed decisions and obtain feedback. All the preparation for the Sprint Review shouldn’t go to waste. The Team has set aside some time and is gathered together. It is the Team’s opportunity for the “right people to have the right conversation at the right time about the results of the Sprint”[4] to produce something of Business Value.[5]

Let’s enter this Sprint Review with a few assumptions. First, the Team achieved its Sprint Goal and produced an increment of the product. Second, the Team has given some thought as to how it will expose this increment to those attending the Sprint Review (Stakeholders[6], clients, anyone who can provide some meaningful feedback) beyond the Team itself. Lastly, the ScrumMaster[7] is present to facilitate this event and assist the Team as needed.

How can the Team itself ensure that it gets the most benefit; maximizing both the possibility and opportunity to get feedback for the product after all that preparation? By applying two simple, yet very powerful, forms of obtaining feedback in concert. As you’ll see, the Team needs both to maximize its Sprint Reviews. 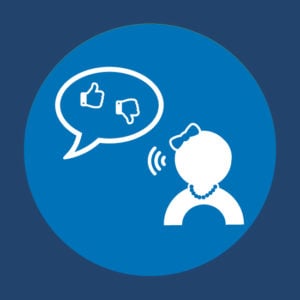 The first form of feedback seems very simple, but can be quite difficult for Teams to master. That form is called Catch Feedback[8]. Catch Feedback requires the Team to actively tune-in to the flow of the conversation during Sprint Review. At any moment, the team should detect when someone shifts their statements from backward reflection about the Product Increment being reviewed, to forward projection in some direction the Product should (or should not) go. Catch Feedback can come at the Team in an instant, or it can meander a bit before it actually settles into a coherent thought. This is why the Team must, together, be actively tuned in to the flow of conversation during Sprint Review. As a side note, a subtle form of Catch Feedback also comes in the form of nonverbal communication. Team members should be looking at, not only listening to, the people at the Review. This will allow them to pick up on those subtle cues that are inviting them to engage in the second form of obtaining feedback, Pull Feedback.

Pull Feedback[9] is the proactive form of obtaining feedback. While you might immediately think this is just about asking questions, it’s a fair bit more. A useful approach is to combine both Catch and Pull Feedback following a technique I’ve adapted from the study of psychology.

This technique is based on one in personal counseling and therapeutic environments that is used to open lines of communication by building trust between two people. My adaptation is slightly different. While building trust is certainly an important empathy-building aspect, the end goal is to gather feedback for the Team to make informed decisions.

In this technique, Catch and Pull feedback interleave, as follows:

The Results Are Both Powerful and Empowering

The results of applying Catch and Pull Feedback techniques are positive for all those involved; not only for the receiver of feedback but also for those sharing their thoughts and impressions about the Product. It’s not necessarily easy. Active listening and unfiltered reflection can be hard skills for some Team members to acquire and hone.

Then again, no brain should have to go it alone. This is a Team skill that can and should be taught, coached, facilitated, and practiced regularly by the entire Scrum Team.

Interested in help training or coaching your Team on Catch and Pull Feedback?
We’ve got expert coaching and
consulting for just that.