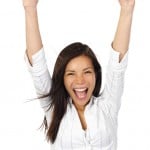 “That’s great, but what if we try…?”  Is that your teammate’s favorite sentence?  I could guess that ‘risk taker’,’ people lover’, and ‘enthusiastic’ also describe Shannon.  Without a doubt, Shannon is the biggest cheerleader on your team, but some team members may see her having a lack of focus…jumping from one project to another without ever finishing any of them.  And the importance of detailed reports completed in a timely manner is all but lost in her world.

Shannon learns through experience and action. Seeing the possibilities and adapting to change are her strengths, while lack of follow-through and rule bending (or breaking!) are her greatest challenges when contributing to a team.  However, when the project is in crisis mode and it’s all hands on deck, Shannon’s fearlessness and can-do attitude are what you want in the trenches.  If you need to light a fire under her, competition is the answer. It’s not so much the prize that motivates Shannon, just the bragging rights that she came in first.  Without a doubt, in a competitive product market, Shannon will get you to the finish line ahead of all others.

Sometimes viewed as manipulative and pushy, the Shannon’s of the world believe in their point of view deeply.  Shannon has the ability to reach accurate conclusions in the absence of logic…completely baffling the team.  Shannon learns thorough self-discovery.  Let her figure it out herself…just get out of the way.  Shannon is a great coach and cheerleader, but not the best choice to teach the team the new, detailed procedures just released from management.  Constantly pushing the boundaries, rules, and regulations, Shannon is adept at carving her own path and dealing with the consequences later.

So, how to corral this passionate, rule-bender who is intent on winning and learning on her own?  Partner her with the detailed, “facts and figures” one on the team.  But, be sure they have a mutual respect for one another and can be friendly despite their differences.  The trick is for them to see that they need each other to create a balanced approach to the work.  Allow Shannon to lead the team’s celebrations, but also hold her accountable to the paperwork and project finalization.  Help her find creative ways to stay on task and focused.  The minute she believes it’s drudgery, you’ve lost her!

Discover skills and tools to elevate your Scrum team with our 4MAT for Scrum Teams course.