The First Step to a Well-Formed Team™ 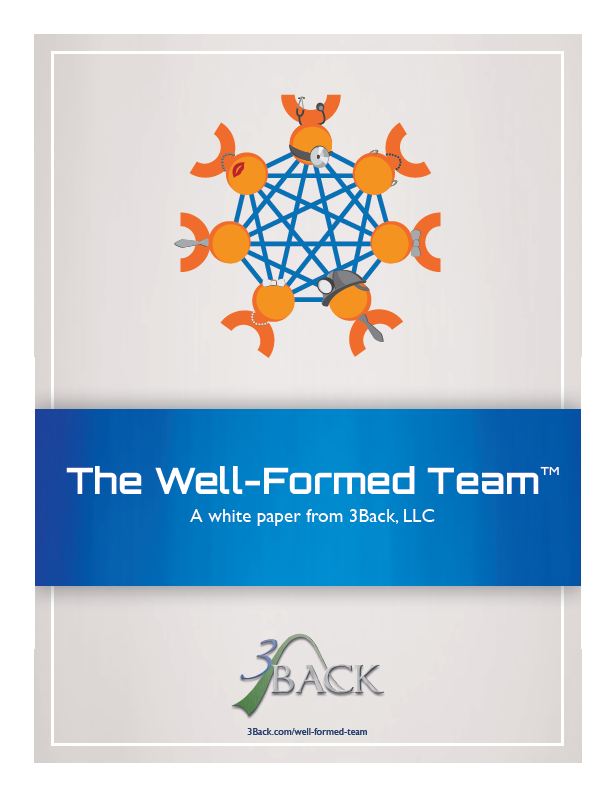 If you’ve ever been a part of an agile Team that is high-performing, effective and empowered, you know what we mean. It’s an experience unlike anything else. In fact, you’re probably smiling (or perhaps gloating a bit) right now, thinking about that Team’s awesomeness.

But, for many, that kind of Team experience is rare. In fact, there might be times that achieving that level of Team agility might seem as elusive as spotting Big Foot in your backyard.

But, it doesn’t have to be.

That’s why we’re giving you a heads up about our newest white paper in the works.

As with everything 3Back, The Well-Formed Team brings our direct, real-world approach to you. Our white paper digs deep into the reality of Modern Scrum Teams to explore and evaluate what fosters and sustains Team agility. You’ll walk away with a fundamental awareness of what your team needs to achieve that high-performing, effective and empowered Scrum experience.

And that’s like finding a pot of Scrum gold at the end of the rainbow.

Your Team will thank you.