Is Your Scrum Team Really Cross-Functional and Self-Organized? Find Out Now.

According to the Rules of Scrum, Scrum Teams are cross-functional and self-organized. Having a firm grasp on what these two terms mean, and what they look like within the realities of Modern Scrum, is key to a successful Scrum Team. 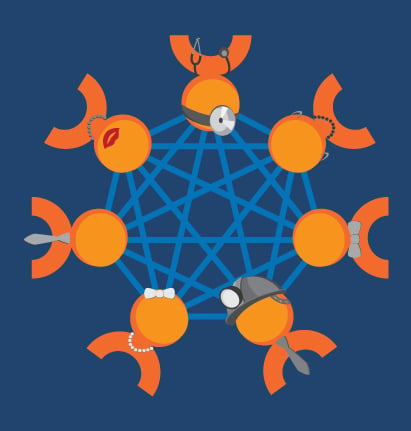 This simply means that the Scrum Team has all the skills necessary to get the work Done. There are

When a Team is self-organized, the Team determines how it’s going to do its work within the constraints the Business has given it. The Organization may have rules, standards, and procedures that affect how work is done, and the Team can’t violate them. However, the Team should feel free to do whatever seems necessary within these constraints.

The term ‘self-organized’ could lead you to believe that each person determines what he or she should do, but that isn’t what this means. It means that the Team frequently re-organizes itself for the work at hand – no one from outside the Team tells them how to do their work. It’s not about individuals independently deciding what they will do – that would be anarchy – and that’s not what we’re talking about. We’re talking about the Team changing the way it does work, based on the work it’s doing.

In other words, the Team is self-managing; overseeing its own internal workings, rather than being told from external management what to do and when to do it. External management does exist in the form of directing the Team as a unit through the prioritizations in the Backlog. In this sense, the Team is self-organized and self-managed, but not self-directed. The Team figures out the ‘how’ and ‘who,’ but not the ‘what’ or the ‘why’ – those are supplied by the Team’s Product Owner (or the Team’s Team Captain) through working with the Business Owner and Stakeholders.

One of the major issues with self-organization is what we call ‘pre-emptive self-organization’ – when a Team changes its practices because of reasons usually stated like ‘we don’t do it that way’ or ‘that won’t work here.’ This is not scrummish behavior. What should happen is the Team should start with basic Scrum and modify its practices based on information obtained through Retrospection and Introspection.

The Makings of a Well-Formed Team

Self-organization and cross-functionality are coupled, and when combined with the Team Values, can result in extraordinary Teams. In fact, this combination is so potent that the term “Well-Formed Team™” may be used. One of the major lessons of Scrum is that all Teams (not just Scrum Teams) should be Well-Formed Teams, especially when working in complex domains.

Could your Scrum Team use a little guidance on how to be cross-functional and self-organized?
We’ve got expert consulting for that.