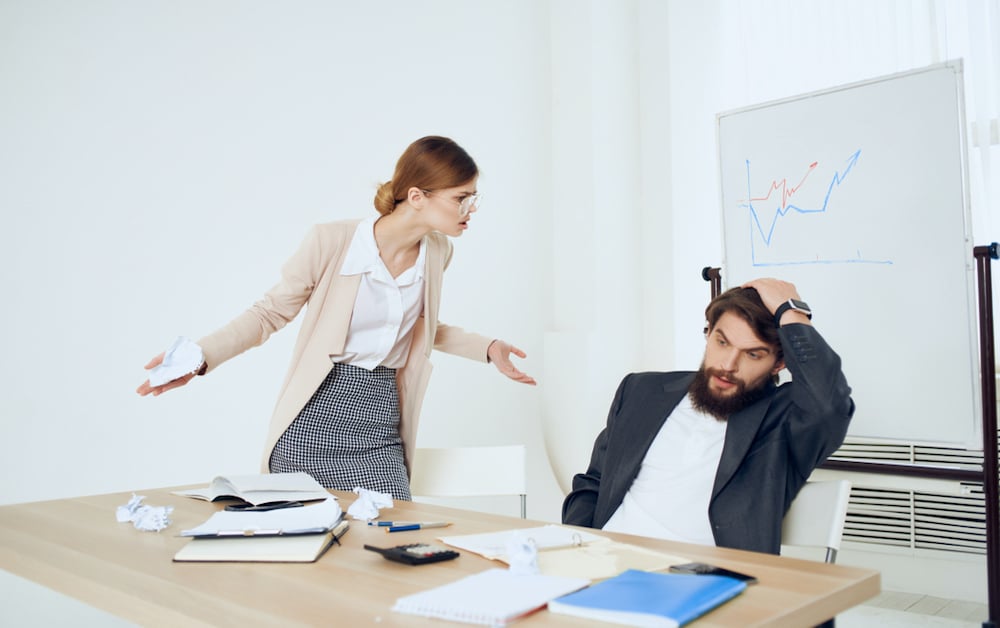 The primary goal of Scrum Mastering[1] is to enable a Well-Formed Team™ (WFT). Ideally, a Well-Formed Team[2] would take on most of its own facilitation and coaching. However, some Teams get stuck in earlier stages of maturity that we describe as Collective Conflict Avoidance.

Collective Avoidance is a norm that needs to be thoughtfully and progressively challenged to grow WFT behaviors. Perhaps paradoxically, until a (relatively) stable Team can successfully work through enough uncomfortable situations together (with facilitation), the Team will not achieve enough trust to collaborate effectively.

To help a Team progress through development and cultivate a Well-Formed Team, we often have some tough challenges to work through as a Scrum Master[3] or Team Facilitator[4]. Our purpose in this blog post is to provide a few clues on how to go about building a Well-Formed Team.

It begins with becoming an expert observer of your Team’s behavior.

Let’s explore what a good Team feels like so that we can hone our empathy instinct.

We’ve all seen this behavior in our workplace, and intuitively we all know how the good Team behavior and the poor Team behavior feels to each of us. However, as a Scrum Master or Team Facilitator, we need to dig deeper to realize the “how” and the “why” behind our Team’s behavior. But first, let’s discuss how Team behavior spreads.

Humans are social creatures, and as a result, much of our behavior is picked up by simply watching how other humans react. Without thinking about it, we often mirror behavior from Team members and spread that behavior along. Mirroring behavior is especially tempting when we follow leadership or power figures. For better or worse, Team members spread mirrored behavior rapidly.

We spread mirrored behavior by taking social permission from each other and then justifying the correctness of our thought by way of an agreement with our peers. We cannot be wrong because our peers agree; therefore we must be right. Without much thinking, and often without our best interest, we adopt a social behavior and corresponding viewpoint — this pattern is particularly attractive when it supports a desire for avoidance.

So, as Scrum Masters and Team Facilitators, we must combine the reality of mirrored Team behavior with our goal of enabling a WFT. We need to take steps to heighten our awareness of how our Team is behaving, and if it resembles the above list as to how poor Team’s feel, we need to step in and facilitate.

6 Signals That Indicate Your Team Has Avoidant Behavior

What are some easy signals we can detect when Scrum Mastering a Team? We can start by opening our ears and closing our mouths. Then, simply listen for the signals.

Then, your Team needs facilitation.

So, What Should A Scrum Master Do?

First, realize that we are trying to help Teams open up and connect in ways that leverage the diversity of their thinking. When people are told they need to be positive (instead of real), they tend to suppress the first thing that comes to mind. So simply saying to your Team, “Have a positive view,” will be counterproductive. You need your Team to be real and focus on the realities as they exist. Otherwise, you risk a reaction that shuts down good, deliberative dialogue and decreases the Team’s capacity for more complex arguments.

Then, Challenge Your Team
Does your Team have the facts straight? Are you, as Scrum Master, really sure ‘X’ is true? Can you test it? You need to introduce a new focus or shift the Team away from pointless speculation and avoidance to the current reality of what your Team really knows.

The goal is to help your Team think cleaner and more factually. Teams oriented towards cleaner and factual thoughts become healthier. Data cannot make a decision but, it can help us think better, cleaner thoughts based on feedback from reality. You need to get the group to mirror behavior that focuses on data and facts to drive cleaner thought process — the mirror can work both ways. The trick is to get it working for the Team in a healthy way.

Rome Wasn’t Built In A Day
As Scrum Master, it can be hard to be patient with your Team’s development. Poor Teams weren’t built in a day, nor were good ones. A Scrum Master’s process must be deliberate, and this takes time. Habits of behavior can be deeply entrenched, and Team members are often unaware they are acting against their collective interest, so you need to help them gain awareness and, ideally, help each other focus on the facts. The Team norm then becomes fact-based or evidence-based decision making.

Complex problems[5] require creative solutions. And, creative solutions are harvested from a process rich in argumentative complexity. Without this process, your Team will resign to simplistic results, groupthink, or conflict avoidance – all of which will undermine confidence and produce substandard results.

Keep your ears open to the signals around you and facilitate through them. Let your Scrum Master goal of enabling Well-Formed Teams guide you.

If more tailored Scrum Mastery coaching might help you and your Team, we’ve got just that.

Talk to us about our onsite coaching and consulting!