The Military Origins of Agility

If you ever search the origins of Memorial Day, you will quickly discover that after the Civil War, several cities across the United States claim to be the birthplace of the holiday. Regardless of Memorial Day’s disputed birthplace, its origins are steeped in honoring those who lost their lives in service to our country.

We don’t disagree that many Agile practitioners consider the birthplace of Agile to be the creation of The Agile Manifesto in 2001. However, Agile was around long before that historic meeting of The Agile Alliance. Agility was on active duty in our US Military. In honor of Memorial Day, we thought we’d pay tribute to our military by sharing with you another origin story; that of the origin of Agility within the US Military.

The following is an excerpt from our latest White Paper, Agility, authored by retired military officer and 3Back’s Chief Scientist and Senior Agility Instructor, Dan Rawsthorne.

‘Agility’ is a Military Word 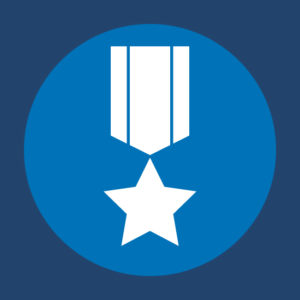 My first encounter with the word ‘Agility’ in a management context was in 1983 when I was studying the Army’s AirLand Military Doctrine in an Army leadership course. The AirLand Battle Doctrine was about how the Army and Air Force were going to work together to beat the Soviet Union in Europe – how we were going to ‘win’ WWIII – and it was based on four basic tenets: Agility, initiative, depth and synchronization.

Each of these tenets is interesting in its own right, but we’re focusing on Agility. The military definition of ‘Agility’ is unsurprising: Agility is adapting to, and exploiting, the chaos of the battlefield, and the goal is to do it faster and better than your enemy does.

I spent a lot of time in the Army training on Agility. Some of my fundamental take-aways were:

And, As Always, Stay Agile.