Another Kind of Overloaded Product Owner

We all know that basic Scrum looks like this: 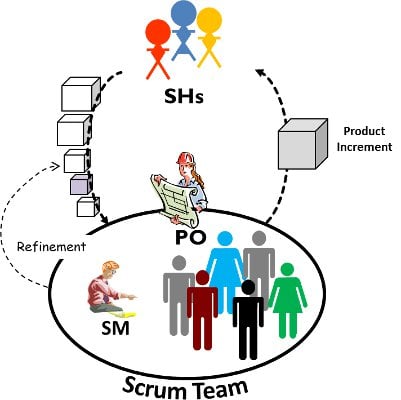 I like to refer to this kind of Scrum as the “five people in a garage” kisnd of Scrum. In this metaphor, imagine the Team is all together in a garage, the Stakeholders live next door, and the Product Owner is talking to them over the fence while he/she is standing in the door to the garage. 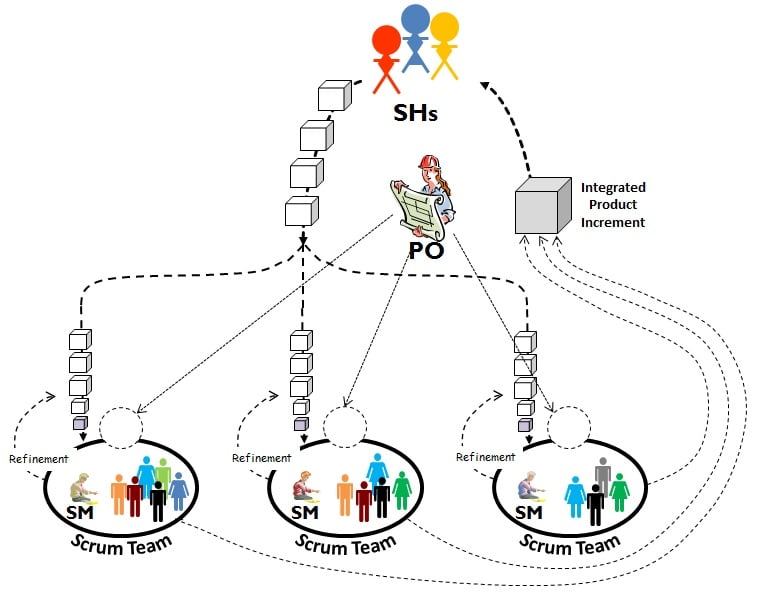 This is what is going on:

This looks like it takes two people to do this work, so either the work is real easy, or the Product Owner will be unable to do her due diligence to both her Stakeholders and her Teams. Just to be safe, I’ll assume the latter — this Product Owner is overloaded.

So, what do we do about this?

Have the original Product Owner work with the Stakeholders to produce and prioritize the Product’s Backlog in order to maximize the value of the Product, and act as a Subject Matter Expert for each of the Teams on an as-needed basis. 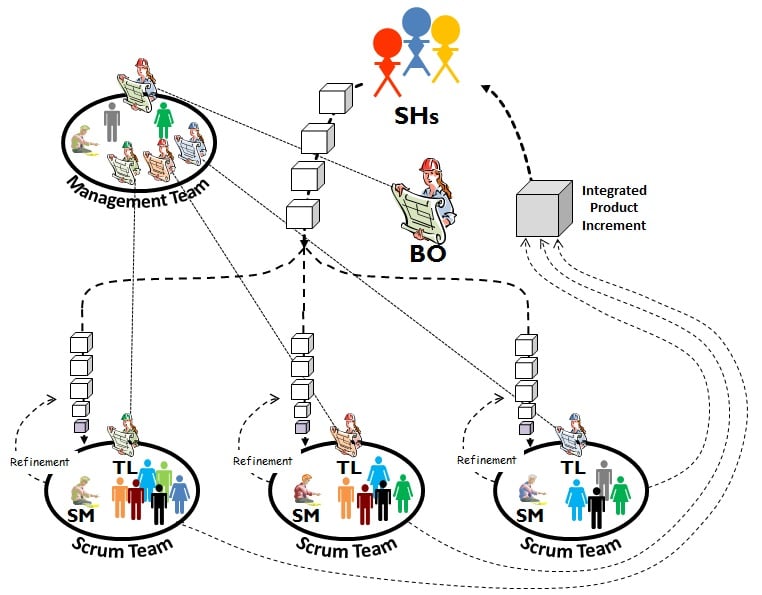 So, what does this do for us?

This solution is an example of Scaling Scrum with Scrum™, and is an instance of the Distribution Team Pattern, which you can find here.

Once again, we see that Product Ownership is an interesting thing, and shows that we often need to do more than just basic Scrum to solve problems. Some people won’t like this solution, and would say “that’s not Scrum” — but they’d be wrong.

As I have said before, making trade-offs like these are required by Scrum as part of “inspecting and adapting” of the process.